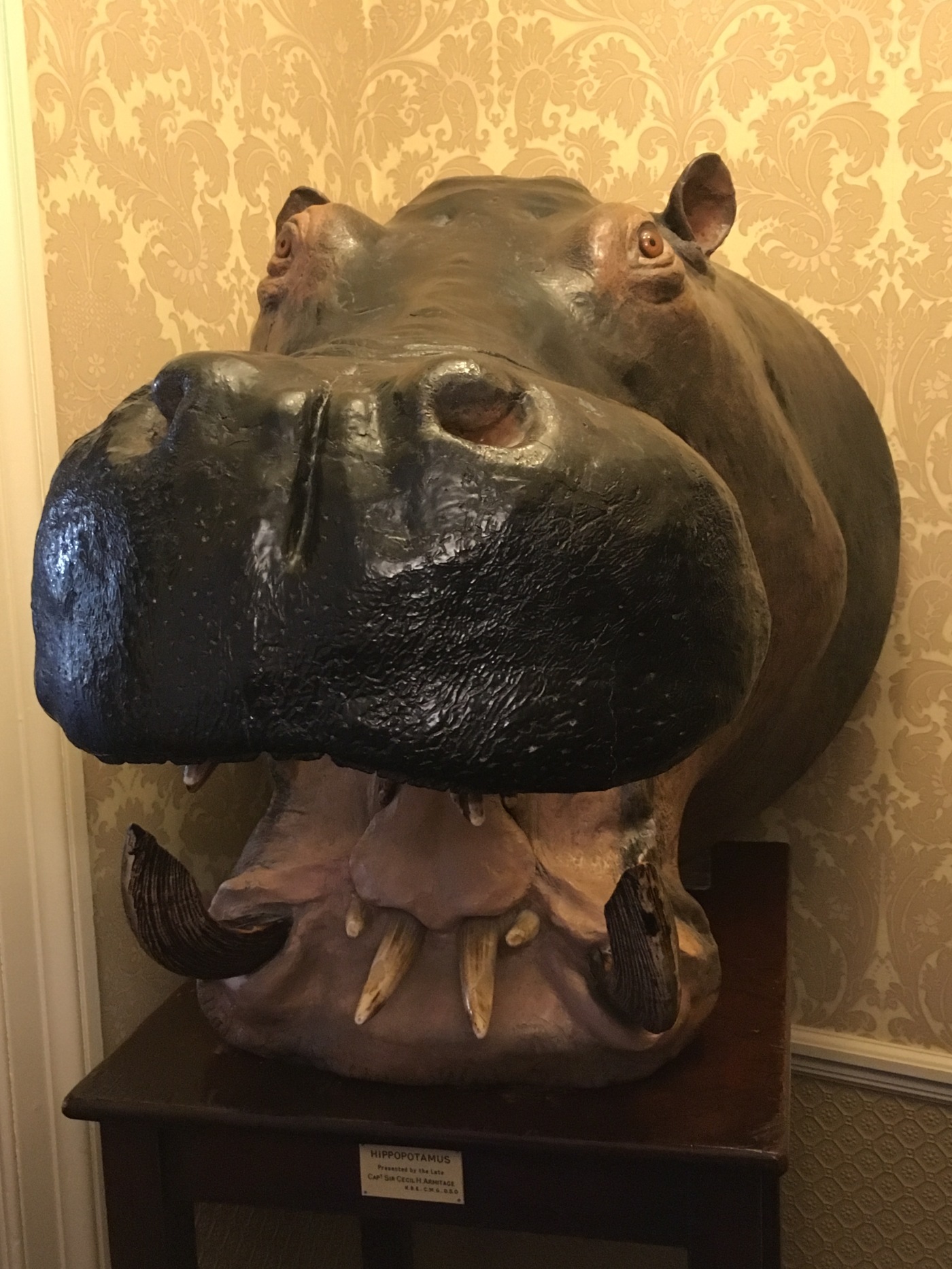 I will face my fear. I will permit it to pass over me and through me.  And when it has gone past me, I will turn to see fear’s path.  Where the fear has gone there will be nothing. Only I will remain. — Frank Herbert

Neither bear any resemblance to the elite East India Club.  Founded in the mid-19th century, the Club’s original members were “the servants of the East India Company and Commissioned Officers of Her Majesty’s Army and Navy.”  Today, it remains a private club that “provides a refuge and meeting place for busy young men and their more seasoned seniors.”

As I am neither British nor a busy young man (much less a seasoned senior), I was fortunate enough to enter the hallowed halls of the East India Club only as a current member’s guest.  While the Club is adorned with various artifacts illustrating British male superiority, perhaps the most notable are two Napoleonic Imperial Eagles that were captured from the Battle of Waterloo.  As the story goes, a British officer carried them directly from the battlefield and threw them at the feet of the Prince Regent (who was partying in one of the Club’s upstairs rooms), exclaiming “Victory! Victory! Napoleon is defeated!”

I was possibly more impressed, however, by the massive hippopotamus head that graced the hallway to my room.  According to its accompanying plaque, the shockingly enormous specimen was “presented by the late Captain Sir Cecil H. Armitage KBE CMG DSO.”  Captain Sir Cecil served as an officer in the British Army before joining the Imperial administration, and appears to have spent the better part of his life in Africa, including as the governor of Gambia from 1920 until his retirement in 1927.

I can only imagine how Captain Sir Cecil felt when he encountered this animal in person.  Surely he was accustomed to wild game of all sorts, but his choice to memorialize this particular beast, frozen forever with its mouth stretched wide, displaying teeth easily as large as a man’s fingers, evokes fear.

I could relate. I had come to London just after quitting my job as a corporate lawyer to take some time to reassess how I really wanted to spend my life.  Sitting by the fireplace next to which Napoleon’s Imperial Eagles were displayed, surrounded by wealthy British men who couldn’t help themselves from inquiring what an American woman like myself was doing there, I felt like a fool.  I had just thrown away a high-paying job at a preeminent firm that would have garnered admiration from these Club members.  And for what—hope that I could do something more meaningful for society and for myself?  What idealistic American nonsense.  I would probably end up dependent on a British man, playing Meghan Markel while he served as a dutiful provider and became one of the Club’s seasoned seniors.

One of the stories I read by the fire was about a Tibetan yogi named Milarepa, who one day discovered that his home had been taken over by seven demons.  Milarepa, terrified, tried countless ways to evict them.  First, he yelled angrily, demanding that they leave.  When they remained, he tried reason, explaining that they didn’t belong there.  When they were unpersuaded, he attempted to ignore them, hoping they would go away on their own.  Next, he resorted to kindness, suggesting the demons stay a while and share with him what little he had, thinking they would soon tire of their surroundings.  But again they persisted.  Finally, Milarepa approached the largest, ugliest demon and thrust his head straight into the demon’s mouth. All the demons disappeared.

What do we do when we feel fear?  We get mad at ourselves for being weak.  We try to convince ourselves our fear is irrational.  We pretend we aren’t afraid.  We tell ourselves that it’s ok—for now.  But what if, instead, we embraced our fear, allowing ourselves to feel it fully?

When I admitted that I felt like a failure, admitted that (despite long trying to convince myself otherwise) I have always sought external validation for my self-worth, admitted that I was terrified to turn my back on convention and not to have everything figured out, I realized that—for the first time in a long time—I was being completely honest.  I was recognizing and accepting what was there.  And that made all the difference.  I am afraid, but I am here, I am alive, and I am surrounded by others—like Captain Sir Cecil—who, despite outward differences, all struggle with their own inner demons.  Only by knowing and accepting where we are can we begin to move forward with honesty.

The next time I walked past the hippo, I took a deep breath and, defying proper British manners no doubt older than my country, lay my head between the monster’s jaws, exclaiming, “Victory! Victory! I am defeated!”