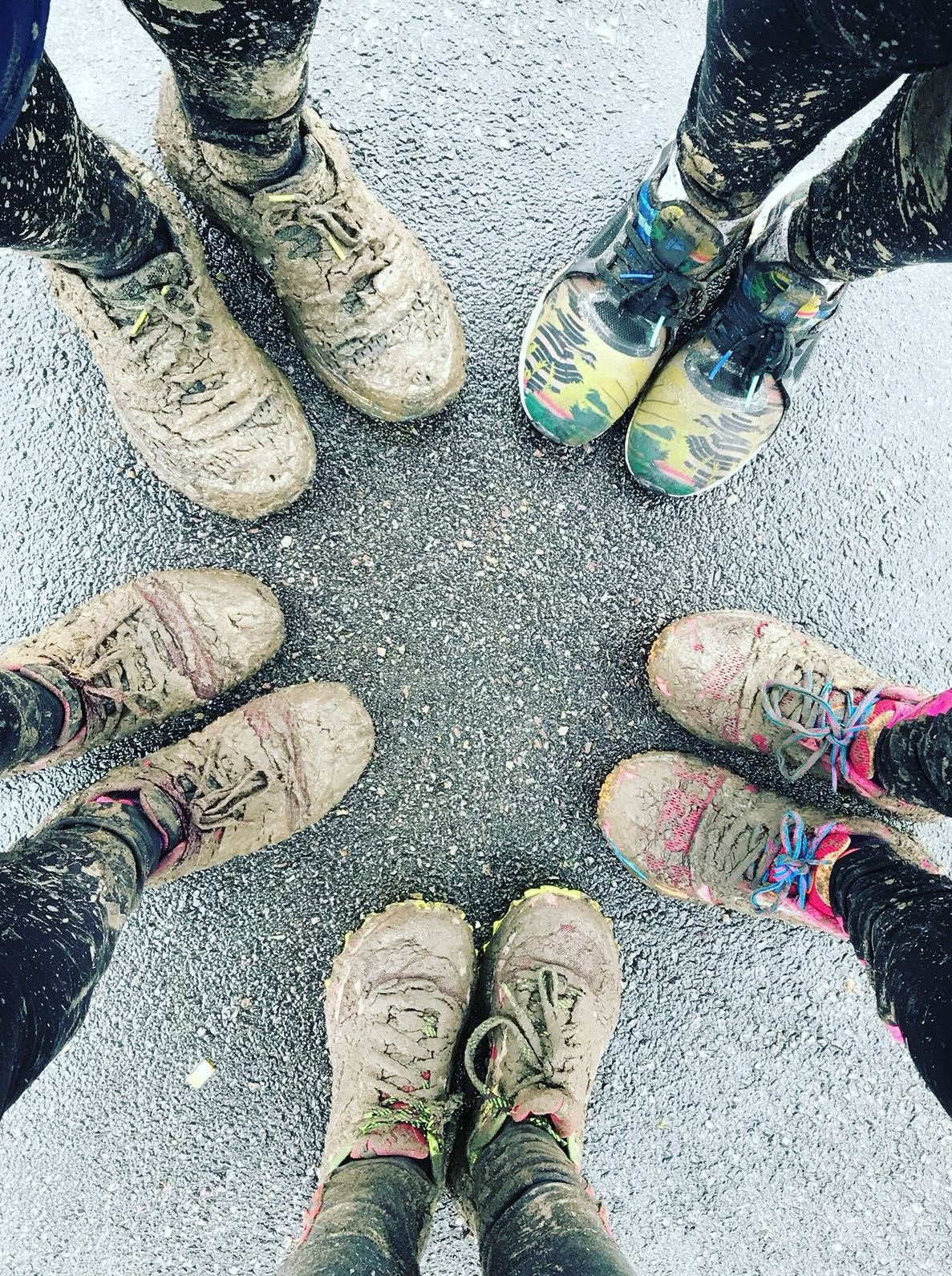 I run, therefore I am. — Hal Higdon

In October 2017, I ran the Amsterdam marathon in 3:27:24, a personal best and Boston-qualifying time.  I had gotten a total of eight hours of sleep in the three days leading up to the race.  I almost missed my flight from Paris to Amsterdam because I could barely escape the office, worked on the plane and through most of the night, and hardly remember the expo between calls and emails.

When I stepped up to the starting line, I was terrified that the past week (although it wasn’t unlike most of the weeks before) would leave me ill-prepared to run my fastest.  Yet I was thrilled at the prospect of letting it all out and leaving it behind on the pavement.

That’s how I used to approach most of my runs.  I had so much pent up stress that running was almost my only way to process it.  And because I pushed myself to the limit every day at my job, pushing myself to run hard seemed natural.  It left me exhausted, but peaceful and able to accept the next day’s challenges.

In Amsterdam, excitement quickly drowned out any effects of sleep-deprivation.  It was a rare sunny day, and I flew down elm-lined streets, along sleepy canals, and for miles up and down the fairytale houses on the bank of the Amstel River.  My body started to complain about keeping up the pace around mile 22, but 30 more minutes of pain seemed like nothing.  Entering the Olympic Stadium to reach the finish, I saw my own determined face looking back at me from the big screen—I knew that once again I had pushed myself to the edge and discovered I was capable of more than I thought was.

I flew back to Paris that night and worked a 14-hour day the next day.  It marked 4 years since I had started working at my firm.  I didn’t know it, but it also marked the beginning of a big change.

It was subtle, but I began to notice it more every week.  Instead of waking up at 6:30 am to fit in a run before hurrying to work, I would let myself sleep in and enjoy sipping coffee and reading the news before walking to the office.  Instead of canceling plans to make sure I could finish all my work, I would leave items on my to-do list and leave the office at 8:00 pm to see my friends.  Fortunately, my projects had slowed down, so my colleagues hardly noticed.  But when things picked back up again, the drive that had once come so easily was gone—forcing myself to stay up until 2:00 am had never felt so miserable.  Similarly, it had never been harder to wake up for my weekend long runs.  I found myself dreading and slogging through them, relieved to retreat to the peace of my apartment for the rest of the afternoon.

By February, my ability to push myself to the edge had all but disappeared.  The prospect of working on the weekend left me in tears.  Maxicross Bouffemont, a 41km, notoriously challenging trail race I had signed up for months ago, loomed like a dark cloud.  The day before the race, I went to pick up my bib and saw that a few people were exchanging their 41km bibs for 25km ones.  I felt an enormous wave of relief when I did the same thing.  A similar, unexpected wave came the next morning, when I arrived at the starting line and realized I had completely forgotten my Garmin.  That meant I would have no way of tracking my performance, or even the distance I covered, given that these races are rarely marked.

So instead of racing my watch, I had fun.  It had rained hard in the days leading up to the race, and I’d never encountered so many types of mud—thick, black mud that threatened to slurp up your running shoes; thin, watery mud that slid you from one side of the trail to another; chunky soil that crumbled away when you tried to grab on to it to pull yourself up a steep hill.  I felt like the kid I had been when I jumped on all the ripe tomatoes in my mom’s garden just to feel them squish.  I lost all sense of time or purpose, thinking only about sliding from one foot to another without coming crashing down.  What must have been about halfway through the race, the woods opened into a clearing, where volunteers were waiting with hot chocolate, nuts, and dried fruit.  I stayed for several minutes to catch my breath and enjoy the warmth of the mug of hot chocolate on my hands before splashing back into the forest.  I mucked my way up hills and let myself fall down the other side.  I was completely surprised when I rounded a corner and saw the finish line ahead of me, my friends on the other side.  When we collapsed into a muddy group hug, I was still smiling.

I certainly didn’t set any records that day, but I did open myself up to an entirely new experience and relationship with running.  I didn’t feel accomplished for running the race—I felt joyful, because for once my day hadn’t been about doing, but about being.  And I felt relieved, somehow set free for a moment from the pressure I had so long put on myself to achieve.

Everything continued to change in the months that followed.  I began to think seriously about leaving my job, and I ran two marathons with the sole goal of pacing friends who wanted to break four hours.  I began to learn how to tap into—and not judge myself for feeling—the simple joy I had experienced at Maxicross.

This week, I found myself facing the 2018 Amsterdam marathon.  I wasn’t sure how I would approach the race, my first since I left my job almost two months ago—would I rediscover the drive that pushed me last year, or would I just relax and enjoy the city and the crowd?

Because ultimately, I’ve come to believe that both are important.  Despite the stress and pain that comes when we push ourselves to the edge, this is also part of how we grow.  I loved running the Amsterdam marathon last year, just like I loved many parts of my challenging job—they taught me how to do and be my best.  Yet we cannot operate only in the highest gear.  We need to play and to rest—and not just to prepare ourselves for more effort.  The moments I spent sliding along muddy trails in Bouffemont and the quiet afternoons I spent reading in my apartment hold a precious sweetness.

This week, I discovered that when I acknowledge and feed all those sides of myself, I can run at my edge and be playful and joyful at the same time.  Walking up to the marathon starting line, I decided that there was no harm in leaving it all out there.  But I also agreed to run the race with a friend.  We set out at a demanding pace, and for miles I focused on little except the mechanics of my steps and the back of my friend’s orange t-shirt.  But when we crossed the halfway point, my friend turned to me with an enormous grin on his face: “That was my fastest-ever half-marathon!”  His happiness was infectious—I caught a wave and beamed.  We kept up the pace, but I turned my attention away from myself to take in the music of the bands and the energy of the supporters lining Amsterdam’s streets.  I noticed the black ripples of the Amstel River, the thick fields stretching into mist, and the boats full of hazy tourists drifting through the canals.  My tree-trunk legs (less conditioned than last year) eventually slowed me down, but I kept pushing with a half-grin.  I finished in 3:30:43, full of pride for allowing myself to test my limits again, and full of gratitude for the experience of the city I had shared with my friend (who beat his own personal record by more than 23 minutes).

In running and in life, I still feel like a child, learning how to find my balance.  Often it means taking two steps forward and one step back.  But with each step, and each mile, I am discovering new ways of seeing, growing, and being.